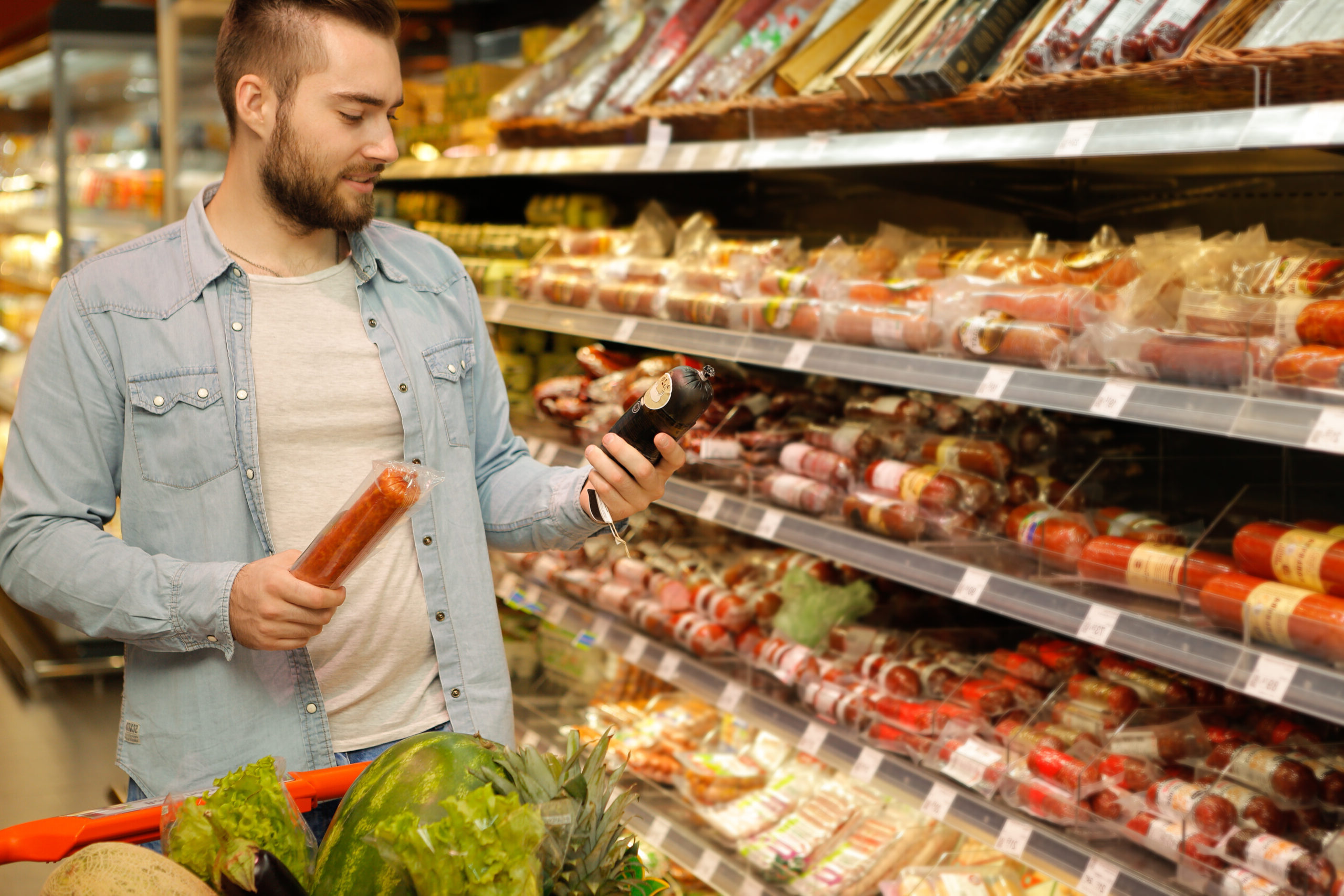 From fresh to frozen and raw to cooked,
ABX offers a variety of food packaging
solutions for meats and proteins. 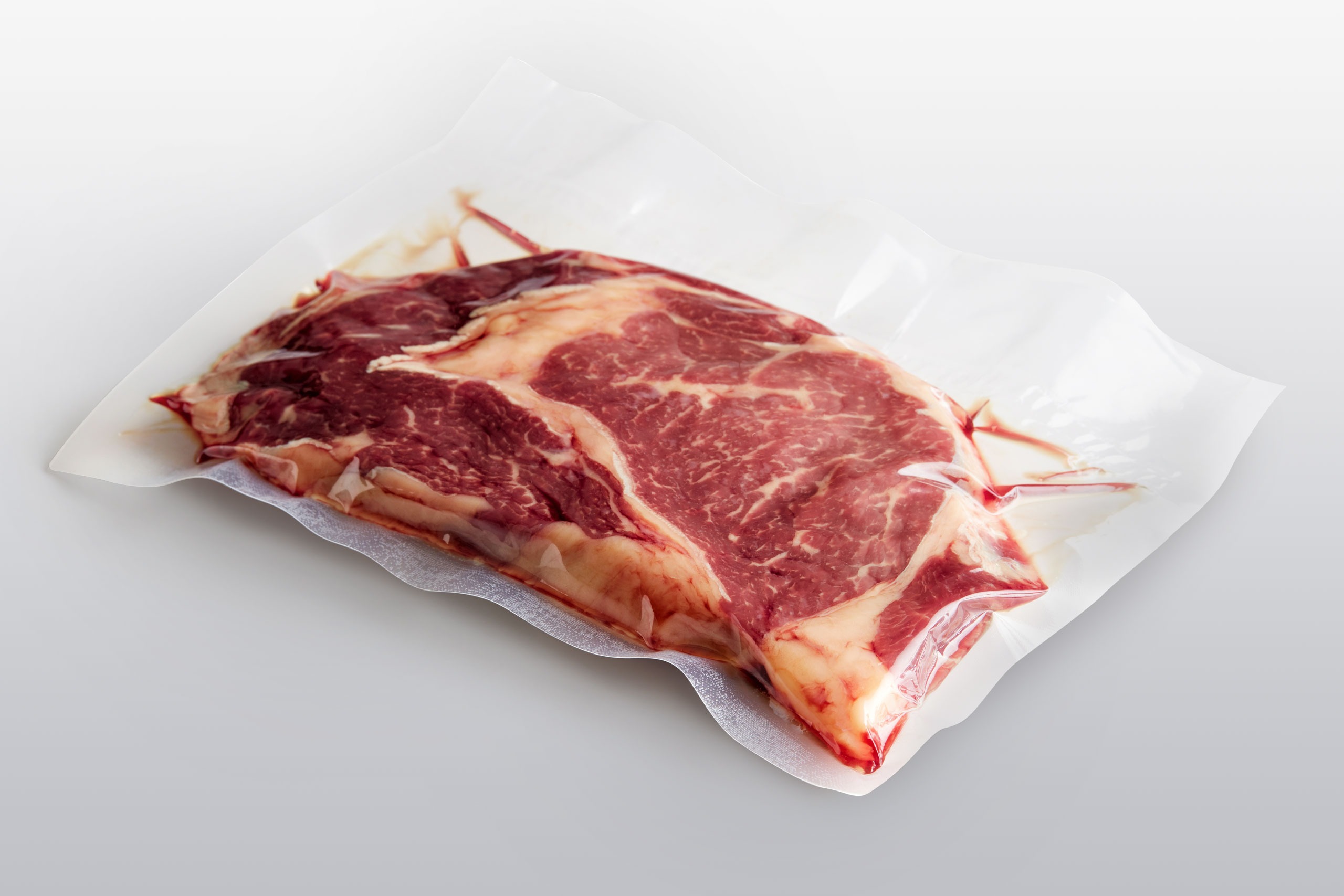 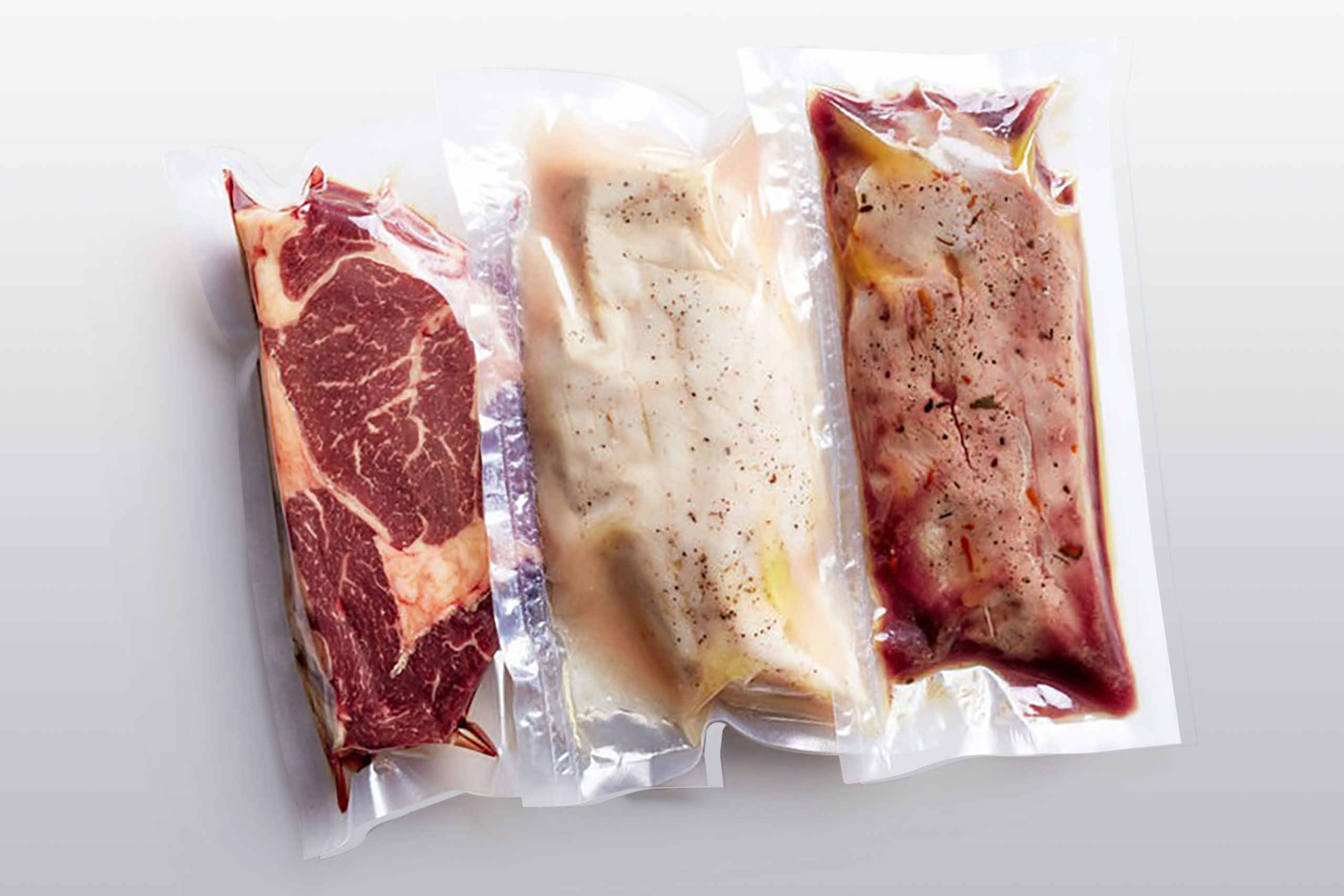 Our breathable films allow oxygen transmission while maintaining a moisture barrier. This packaging offers the strength and durability to withstand freezing temperatures without cracking or compromising package integrity.

Our standard barrier packaging provides standard OTR and MVTR barrier properties and is suitable for frozen applications when high barrier materials are not required. 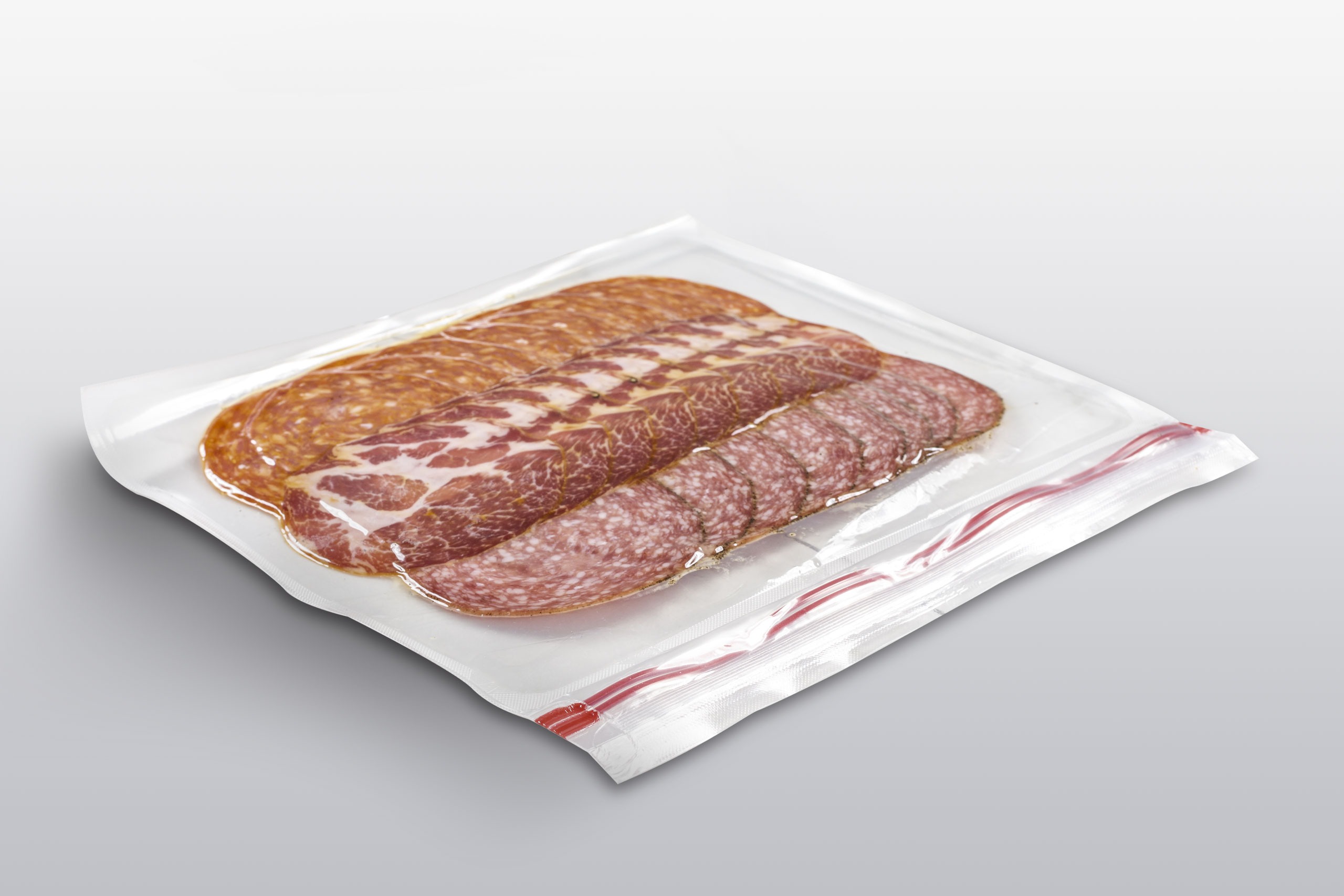 ABX provides 10-color reverse print structures which deliver the appropriate physical property and barrier requirements for your product, in pouch form or rollstock for your horizontal or vertical form fill and seal applications. 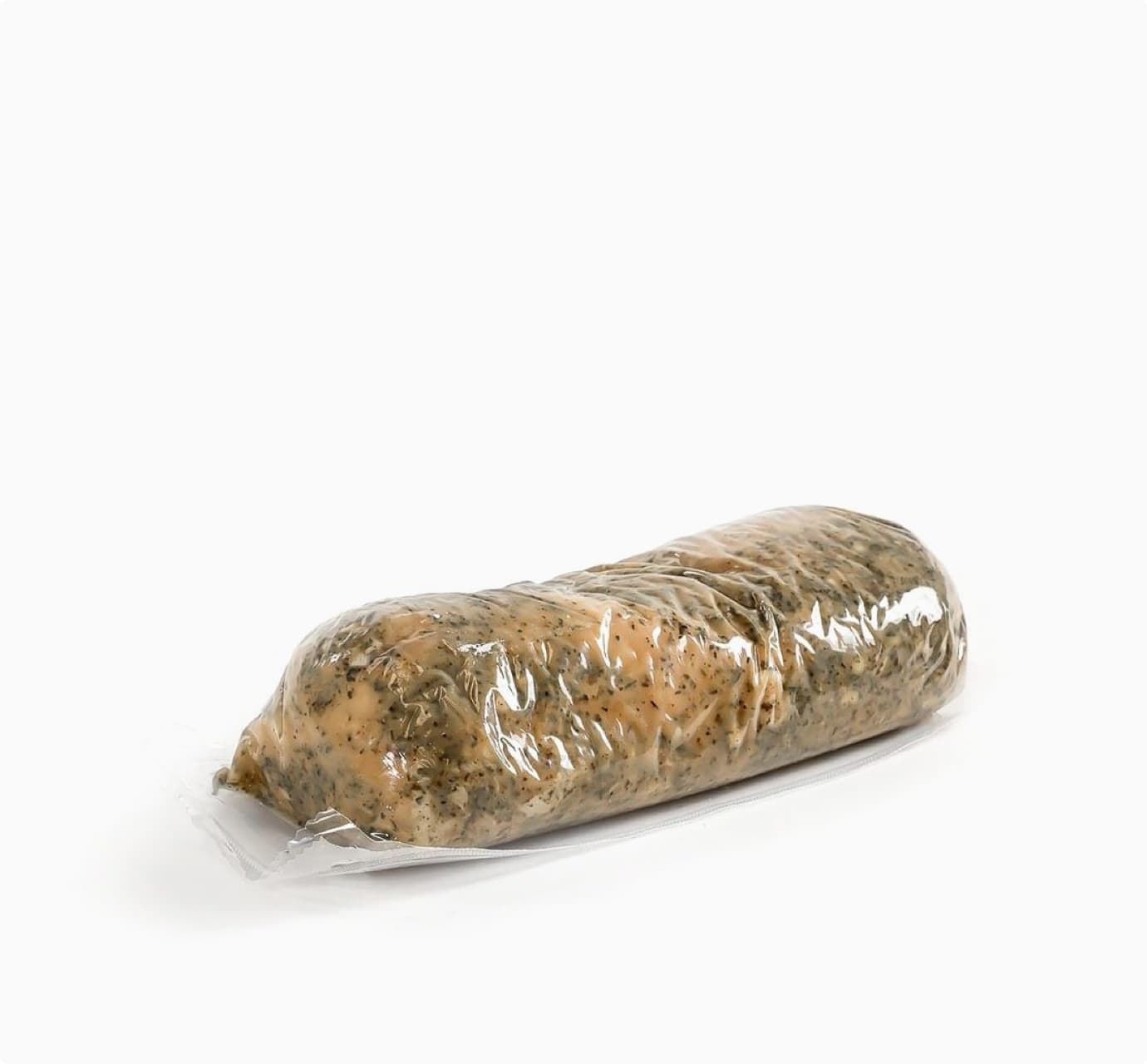 Sous vide cooking is used not only in high-end restaurants but also by home chefs. Sous vide packaging requires superior technology, and ABX delivers with our specially formulated forming and non-forming cook-in films.

* Available in peelable or lock seal and in either high or standard barrier with thickness options ranging from 3 to 13 Mils. 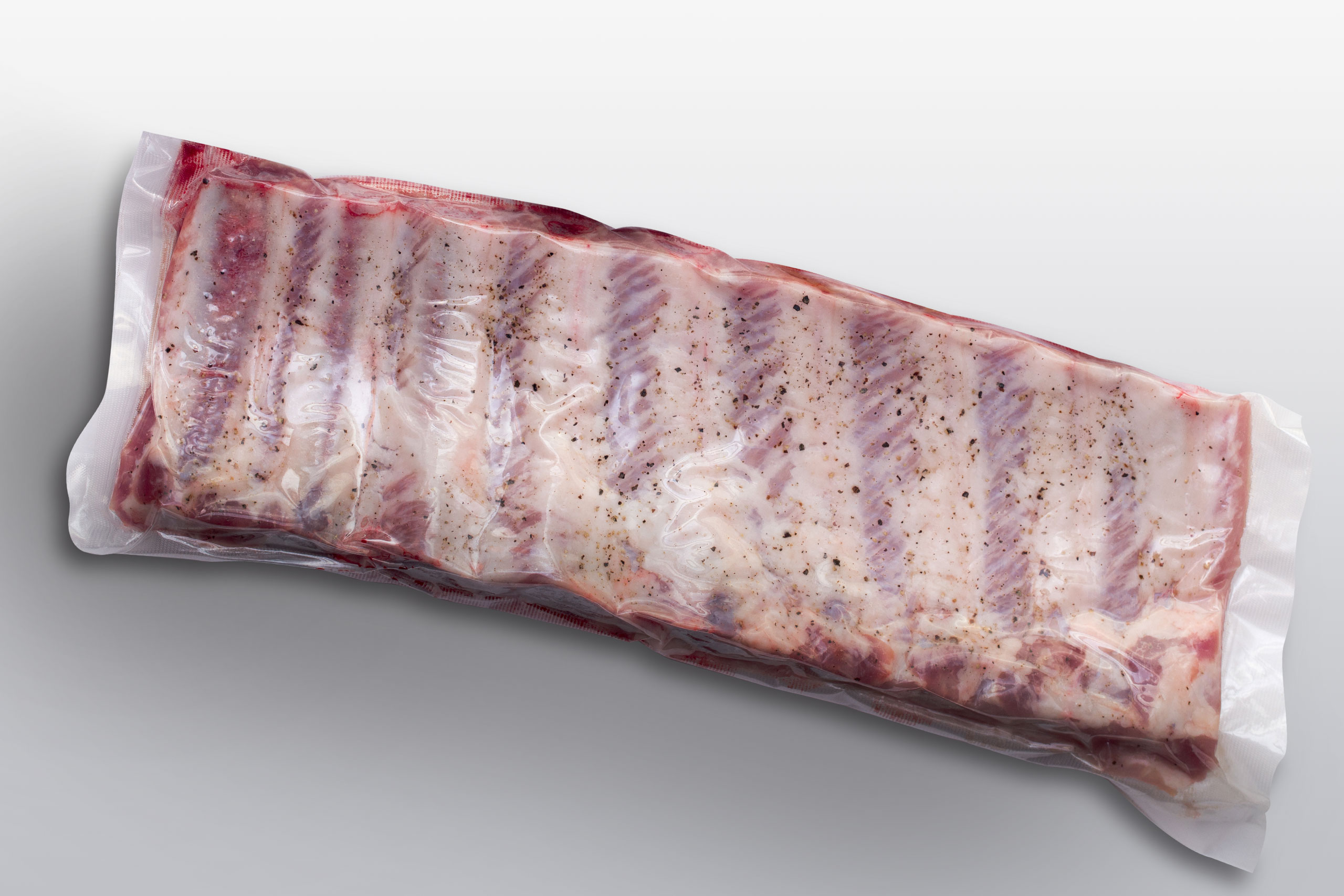 Developed in-house at ABX, our new UltraFilm™ solution boasts a unique grade and formula of EVOH, nylon, and PE to provide an extra sturdy film preventing punctures from sharp objects.

Trust ABX packaging to protect the quality of meat products, all while maintaining the visual appeal consumers demand.

The ABX team had two problems to solve: quickly identifying and substituting a better-performing film that could be used on the line without delay, even while Wolverine switched to a supplier—ABX—that offered this new, high-quality packaging film. In addition, the team needed to ensure that film was robust enough to solve the pinhole issue that occurred with auto case packers and palletizers.

Using deep material, product, and machine knowledge, ABX’s technical team engineered a custom solution. In this case, the solution was a “one-off,” customized film made from a new formulation of an Ethylene-vinyl alcohol copolymer, or EVOH. EVOH has exceptional barrier properties. But not only did the film need to be developed and manufactured, but an alternate sealant needed to be matched to this film. This new sealant had a lower seal initiation for a green bond with liquid applications—like the marinades that had been leaking previously. Read about the results on our case study.

“My experience in customizing solutions along with ABX has been great. Their patient approach and priority to being dependable was well received here at Wolverine Packing.”

We're sorry. Our site does not support your browser.

In order to view the ABX Packaging site, you will need to upgrade your browser.
Choose one of the free upgrades below.